Title - Hidden, Book 1 in the Avena Series
Author - Marianne Curley
Genre - Paranormal, YA, Fantasy, ANGELS!
Publisher - Bloomsbury
Source - Own, Paperback
Synopsis - For as long as Ebony can remember, she's been sheltered. Confined to her home in a secluded valley, home-schooled by her protective parents, and limited to a small circle of close friends. It's as if she's being hidden. But something is changing in Ebony. Something that can't be concealed. She's growing more beautiful by the day, she's freakishly strong, and then there's the fact that she's glowing.

On one fateful night, Ebony meets Jordan and she's intensely drawn to him. It's as if something explodes inside of her--something that be seen from the heavens. Ebony still doesn't know that she's a stolen angel, but now that the heavens have found her, they want her back.


Marianne Curley is back and better than ever!

Hidden is amazing. It's everything I wanted and more. Marianne Curley has the ability to write the stories that readers fantasise about. 'How many nights have I spent dreaming what it'd like to have super powers? Not be entirely human... The Government chasing me. Too many is the answer.
And the characters she creates... Oh my gosh. I can still pretty much remember all the gang from The Guardian's of Time Trilogy, and the last time I read that was years ago.

But have you ever read a book blurb on a book and just from reading a short paragraph or two...figured out the whole plot? Or at least what you want the plot to be... and then after reading it, even if the book is great you're still a little disappointed because it wasn't what you thought it was going to be?

You don't get that disappointed feeling with Hidden. What you get are laughs, tears and so much more.

Hidden is written in two POV's. Ebony, the hidden Angel and Jordan her Guardian. Normally a book written in two voices annoys me a lot. Mainly because I always ending up liking one character more than the other, but with Hidden it led me understand were they were both coming from.

For an Angel, Ebony isn't the sharpest tool in the box, her choices often led me feeling frustrated, but putting myself in her shoes. Would I believe and willingly follow people who claim not only are they Angels but you are too? Hell no. So even though I wanted her to walk off with Thane and Jordan if she had I would have been questioning her actions. Is she crazy? But then again she was growing feathers out of her back... That ain't normal! So you see now, I'm frustrating myself.

Jordan. He made me cry. I really like his character in this book. I'm not sure I'll be able to say the same thing in Book 2 but in Hidden he's the one with the witty jokes, funny thoughts but he's also got a mysterious past. One that is really interesting. How he blames himself for Seth's death is heartbreaking. Especially when it isn't his fault.

Jordan and Thane are perfect together. When I figured out where the plot was heading I literally banged my palm to my head because I knew it would affect there relationship and it was such a great relationship. Funny, protective. Thane almost acted like Jordan's big brother. The kind of big brother every boy wants.

But then came the love triangle, and admittedly I was Team Jordan at first, until Thane and Ebony met and then it was bye bye Jordan and hello Thane. And by the end of the book I wasn't feeling so bad for Jordan because I have a little inkling that his fate is sealed with someone else. Well I hope it is. It better be.

Book 2 in the Avena series is set to be released in March 2014. Which honestly sucks to be honest. A 12 month wait for Book 2. Fingers crossed the publication date gets pushed forward.

Image and Synopsis via Goodreads.
Posted by Unknown at 10:15 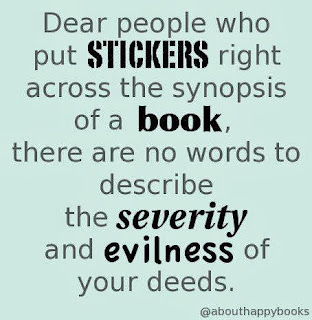